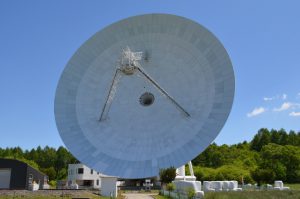 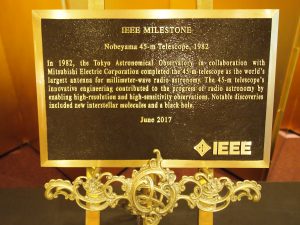 The approved IEEE Milestone is as follows.

In 1982, the Tokyo Astronomical Observatory in collaboration with Mitsubishi Electric Corporation completed the 45-m telescope as the world’s largest antenna for millimeter-wave radio astronomy. The 45-m telescope’s innovative engineering contributed to the progress of radio astronomy by enabling high-resolution and high-sensitivity observations. Notable discoveries included new interstellar molecules and a black hole. 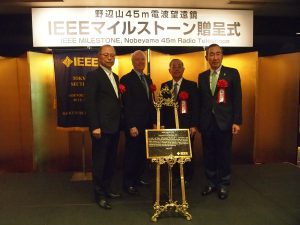 After the dedication ceremony and commemorative reception, IEEE milestone commemorative lectures hosted by IEEE Tokyo Section were held with about 98 participants.
Three lectures of the following have been held. 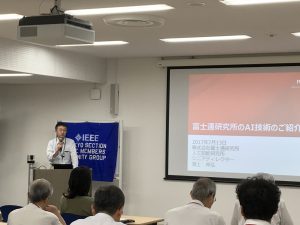 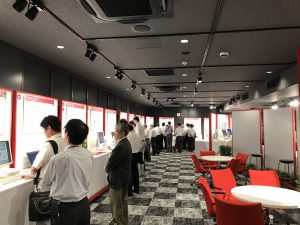 After the lecture meeting, technical tour was held in the exhibition room.
In the end of the events, the get-together was held including members of Fujitsu Laboratories, in the lounge on the 20th floor of the main building.

The 2017 Sixth Lecture of Tokyo Section

The 2017 Sixth Lecture of IEEE Tokyo Section, History Committee was held on August 9th, 2017, at Kikai Shinko Kaikan with 23 participants.

The lecture was entitled ;
“Historical Activities in IEEE:
IEEE Milestones, Women’s Role in Electrical History, and Some Topics”. 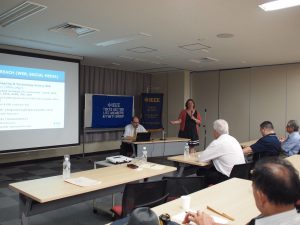 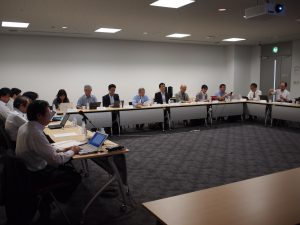